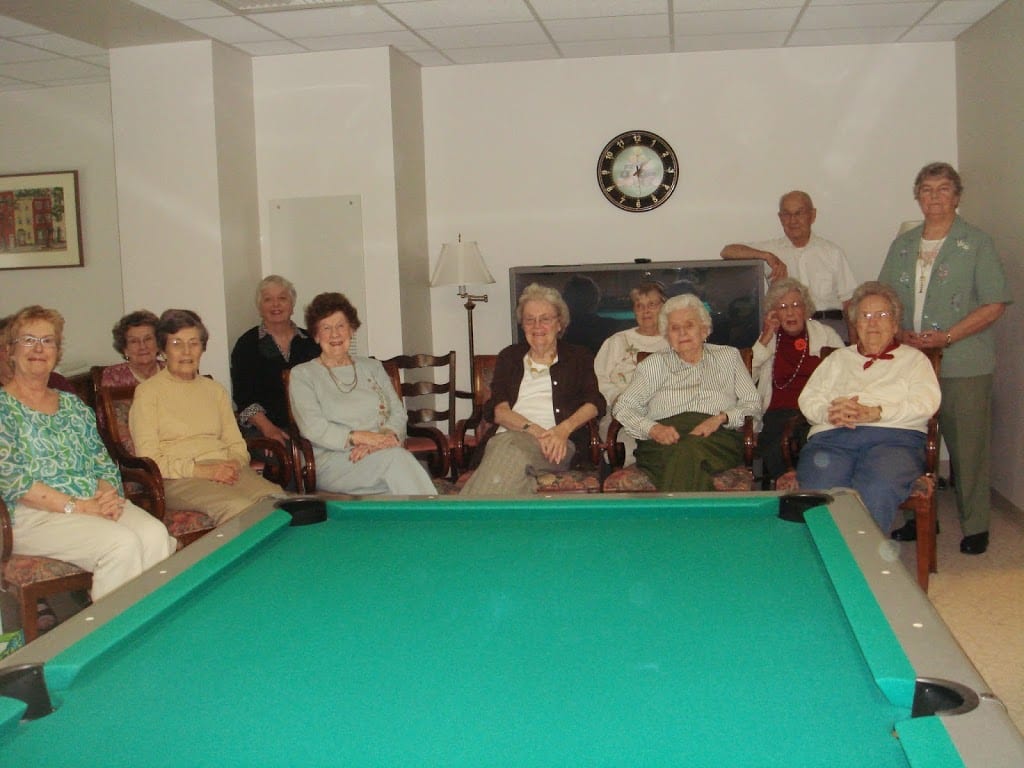 Seven residents from Pickersgill Retirement Community in Towson, Md., get together four times a week to play billiards and they occasionally take their game to a neighboring retirement community to compete.
Richard Davidson, a Pickersgill resident who lives at the community with his wife Elinor, is not an “experienced” billiards player, but picked up the game a year ago and sharpens his skills regularly with the group.
“I just do it for fun,” Davidson said. “You meet a lot of people that way.”
Though Davidson doesn’t play competitively often, he and the six other members of the billiards club travel every few months to nearby Blakehurst Retirement Community to compete with their residents’ billiards team.
Throughout the game play, the score remains pretty even for the players on both teams.
“I honestly can’t tell you if any team is in the lead right now,” Davidson said. “We just all have a good time playing.”
Davidson and his wife described Pickersgill resident Jack Moore as the top billiards player in the group with his ability to perform impressive shots, and the player to watch when competing or just playing casually.
Along with billiards, Pickersgill offers many different activities for residents to participate.

Davidson likes playing Wii bowling and bridge when he isn’t sinking shots with his billiards friends. He also looks forward to the summer weather when Pickersgill will open their seasonal horseshoe pit.
Davidson enjoys as many activities Pickersgill offers residents as he can; meeting people and participating in different events are two of the reasons he and his wife enjoy living at the community.
“Most people put off moving to a place like this even though the time is right,” Davidson said. “The biggest draw here is the people; it’s like one big family.”
Founded in 1802, Pickersgill Retirement Community is named after one of its early board presidents, Mary Pickersgill, the seamstress who created the American flag that inspired “The Star-Spangled Banner.” Today the nonprofit retirement community offers a continuum of retirement living accommodations, including brand-new assisted living rooms and suites. To learn more, visit us online atwww.pickersgillretirement.org, or feel free to give us a call at 410-825-7423.