Spending time outside is beneficial for everyone!

Remember to be safe when stepping on leaves
and wear proper footwear for the season when walking. 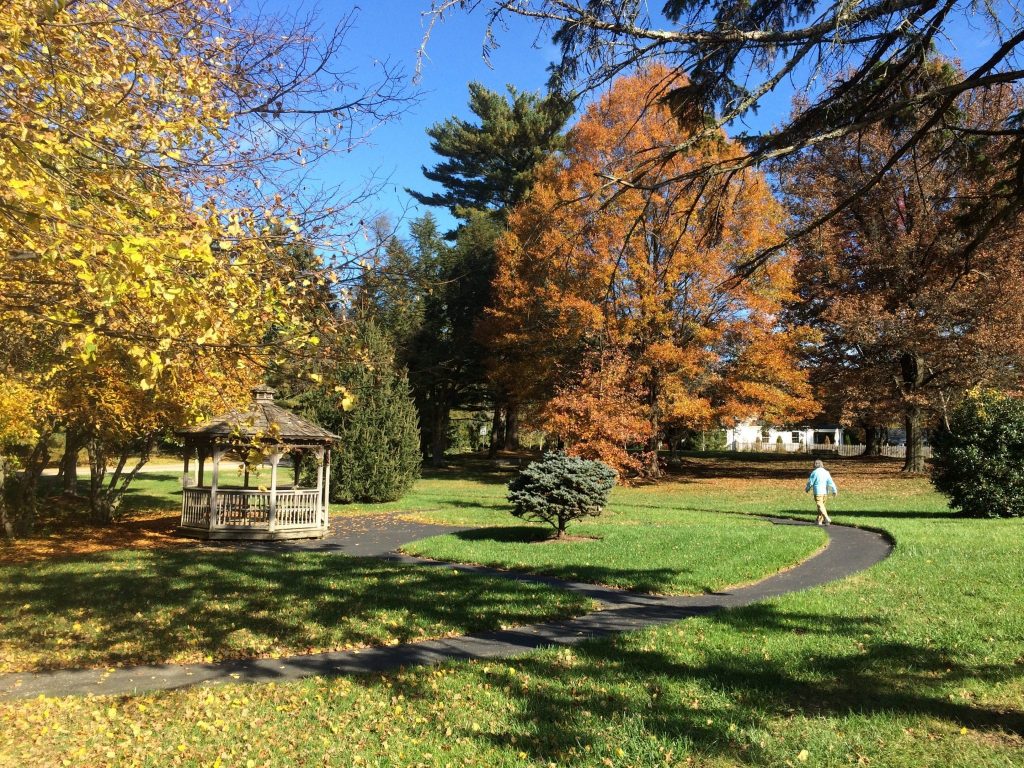 The Meeting Room was transformed into a carnival, with games and prizes galore.
Residents surprised even themselves with their skill and strength, and everyone left with at least one “golden ticket.” 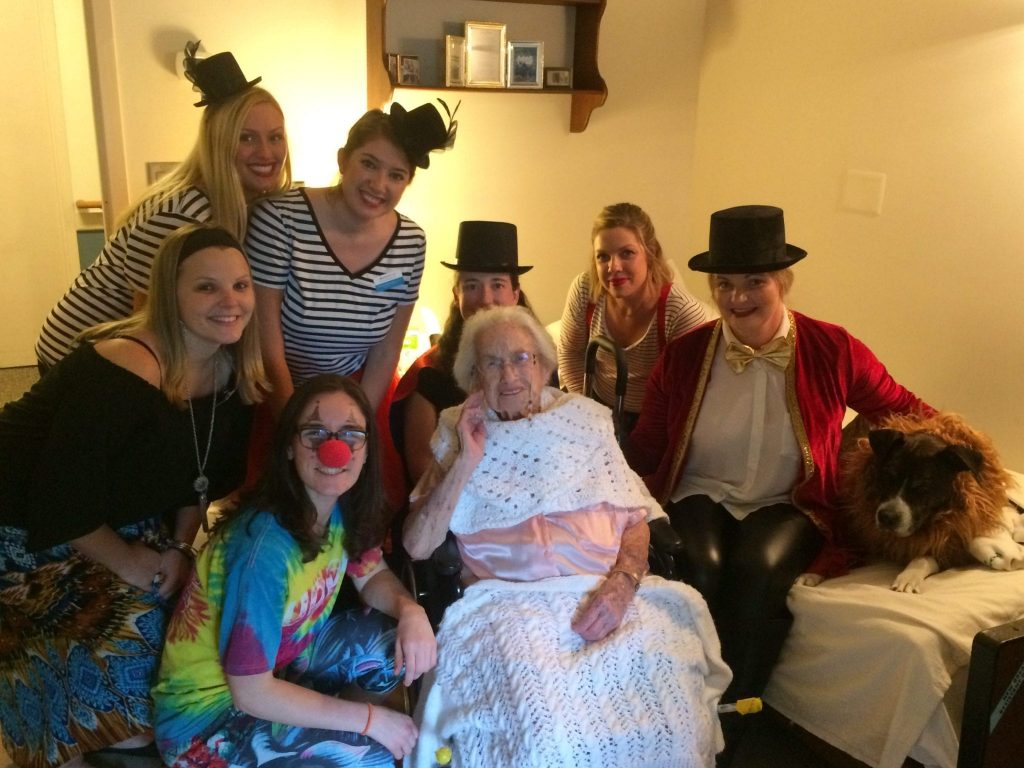 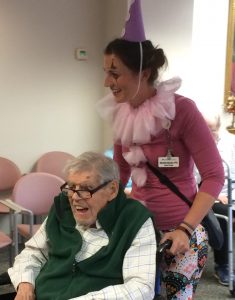 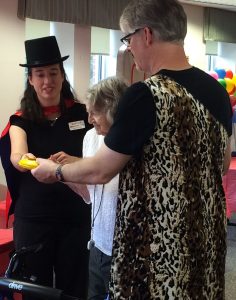 Summers in Baltimore Wouldn’t Be Summer Without Crabs!

The Pickersgill Crab Feast is one of summer’s most celebrated events. August was hot and sticky and what better way to unwind than with Maryland blue crabs. On August 29th, residents gathered around brown paper covered tables with mallets in hand. Along with piles of spicy Maryland blue steamed crabs, the feast also featured Maryland crab soup, sweet Maryland corn on the cob, classic crab cake sandwiches and creamy crunchy slaw followed by chilled watermelon and chocolate chip cookies. This cherished Baltimore tradition is especially enjoyed in a large group like our Pickersgill community of family and friends. 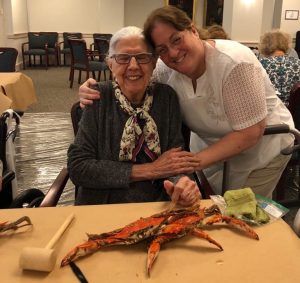 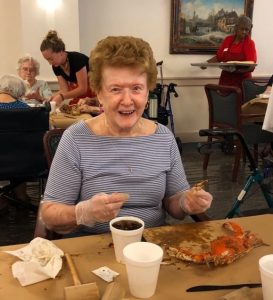 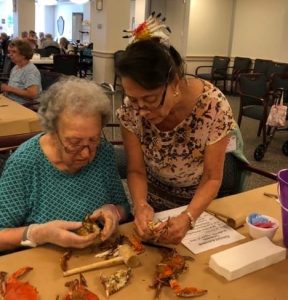 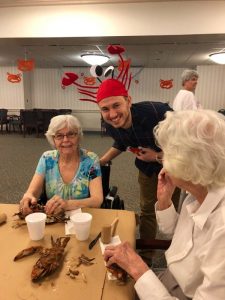 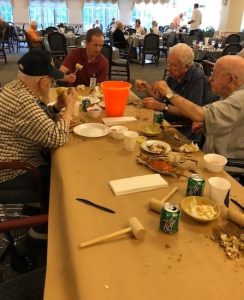 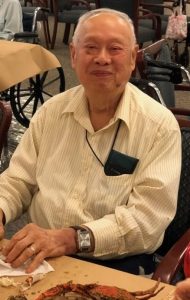 For many Baltimoreans the American Flag holds a special meaning because of the historic connections between our city and The Stars and Stripes: connections such as the War of 1812, Fort McHenry, the “Star-Spangled Banner” and of course because of the famous local seamstress who made the great garrison flag that inspired the national anthem, Mary Pickersgill. Since Mary Pickersgill is not just the namesake of Pickersgill Retirement Community but also a founding board member of our organization, we’ve come to think of the American Flag as our icon, and because of this, here at Pickersgill, we take every opportunity to celebrate our flag and its symbolism.

Flag Day, June 14, commemorates the adoption of the Flag of the United States (aka the American Flag) which happened on June 14, 1777, by resolution of the 2nd Continental Congress during the Revolutionary War.  June 14 is an important day at Pickersgill Retirement Community.  On Flag Day we invite family, friends, neighbors and elected officials to honor our resident veterans and to celebrate with us. This year we honored over 40 men and women living at Pickersgill who served in the United States Armed Forces. At our celebration residents and guests heard remarks from Councilman David Marks, recited the Pledge of Allegiance, sang the “Star-Spangled Banner,” enjoyed refreshments and were treated to patriotic songs and classic American harmonies performed by both the Pickersgill Singers and Pianist/Vocalist Dick Smith.

Independence Day, July 4   As celebrations took place in cities and towns across the country to mark our nation’s birthday, residents were doing the same at Pickersgill.  On a day known for picnics and barbeques Pickersgill residents and their guests dined cookout style.  The traditional menu for the fourth: hamburgers, hot dogs, corn on the cob, baked beans, potato salad, cole slaw, watermelon, apple pie and ice cream was served as a buffet in the Independent Living Dining Room. A lively concert in the Willard Auditorium performed by Two for the Show featured numerous patriotic standards.  One resident remarked that it was her “favorite concert of the year.”  Some residents ventured out to attend fireworks displays with their families at local venues while residents in who preferred to stay in the air conditioning enjoyed watching the Inner Harbor Fireworks live on widescreen TVs.

Flags on display!  Pickersgill Retirement Community is lucky to have a friend named Bob Knowles.  Twelve years ago, to help Pickersgill Retirement Community, Mr. Knowles set up a special display– flags from his private collection. Knowles’ flag display quickly became a much-loved annual event.  Each year, Mr. Knowles goes through his flag collection – which consists of more than 600 flags – and carefully chooses pieces to display at Pickersgill.

The display, which features flags from all over the world, is so massive that it covers the entire auditorium at Pickersgill as well as the main hallway, creating a walkthrough exhibit for residents and their families.  “I’m very thankful to Pickersgill and glad that my flag display has become a tradition,” Knowles said.

Knowles, an avid flag collector since the age of 14, became interested in Pickersgill when looking for a retirement community for his mother in the summer of 2004. After looking at several different communities; Knowles found that Pickersgill was “the nicest one.” During a meeting between Knowles, his mother, and Pickersgill staff, Knowles mentioned that if his mother decided to live at Pickersgill, he would do a flag show for the community. END_OF_DOCUMENT_TOKEN_TO_BE_REPLACED 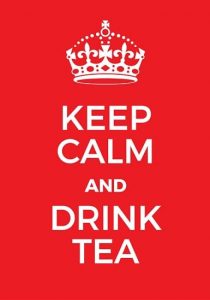 In anticipation of Great Britain’s royal wedding, the ladies residing in Pickersgill’s Decker Center were treated to a special afternoon – High Tea and a Fashion Show – hosted by the 4th floor nursing staff.  The event was the inspiration of veteran nurse Kelly Drayton, who planned the entire party. Kelly was supported by not only her caring team of co-workers, the spring class of Red Cross students but also our intrepid volunteer corps .  Residents gathered in the sunny Decker dining room dressed in their finest frocks and fanciest facinators. Everyone enjoyed a pleasant afternoon featuring cakes and tea, music, gracious socialization, a distinctive array of fashion – and a lot of smiles. 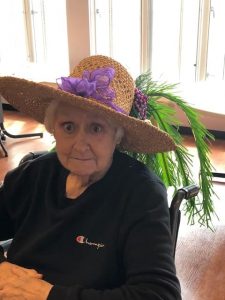 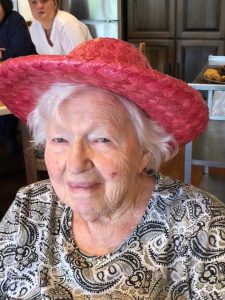 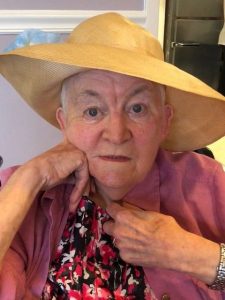 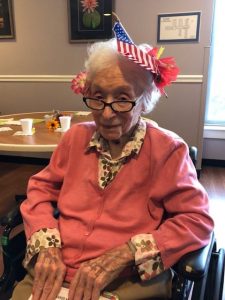 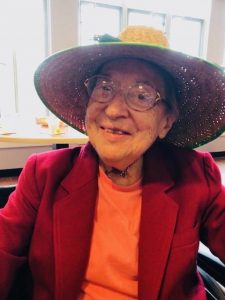 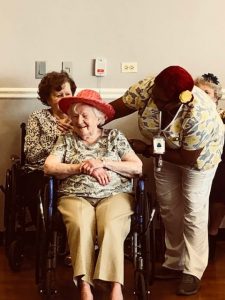 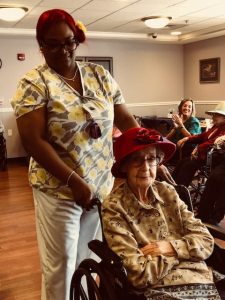 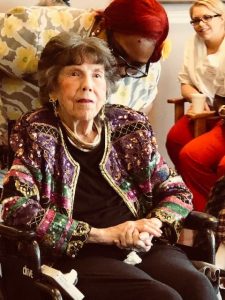 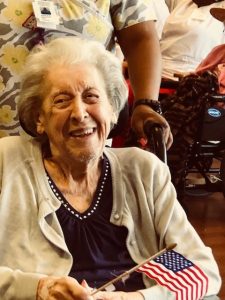 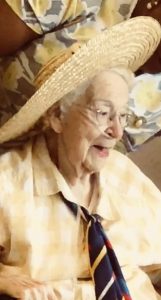 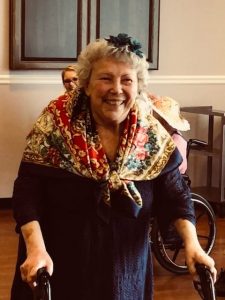 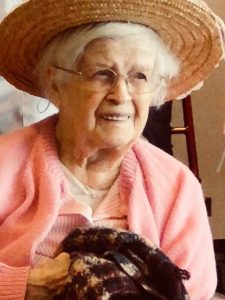 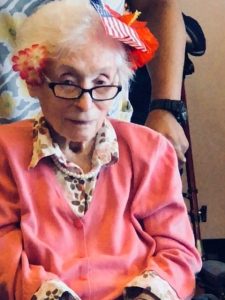 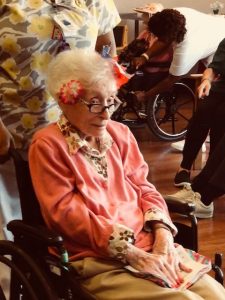 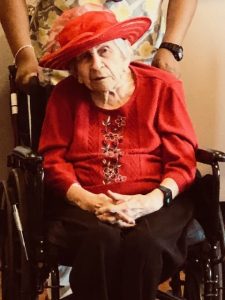 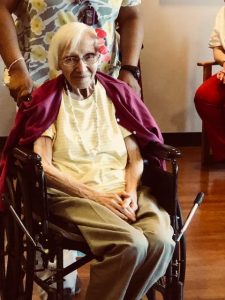 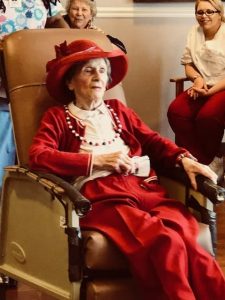 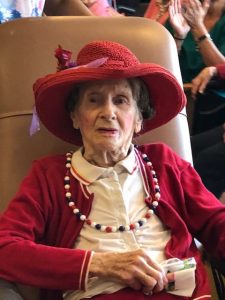 Independence and involvement are yours at Pickersgill!